Authors: All4 Staff  Sally A. 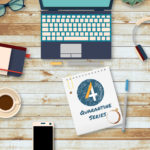 This article is part of ALL4’s 4 The Record: Quarantine Series.

In October 2019, we posted a rundown of highlights of the refrigerant rule updates that became effective in 2018 based on the three-year compliance phase-in for the final rule that was published in November 2016.  The key items from 40 CFR Part 82 (Protection of Stratospheric Ozone), Subpart F (Recycling and Emissions Reduction) that became effective in 2018 for regulated refrigerants and equipment include:

Contact Us
The U. S. Environmental Protection Agency (U.S. EPA) received significant pushback on the proposed December 2010 Leak Repair Rule, which was not finalized and in fact, was withdrawn with the November 2016 rulemaking.  Some of the 2010 provisions were removed, others broadened or re-proposed, and the rule was published six years later.  Many concerns with the 2016 final rule still existed after issuance, but specifically around the expansion of the maintenance and leak repair provisions to appliances that contain 50 or more pounds of non-exempt substitutes, which became effective January 1, 2019.  Those opposing the provision argued that U.S EPA’s inclusion of non-exempt substitutes was unlawfully restrictive and an overextension of U.S. EPA’s authority.  As a result of statutory re-interpretation, U.S. EPA published a final rule in the Federal Register on March 11, 2020, which became effective April 10, 2020.  The final rule removes briefly applicable (effective January 1, 2019 and reversed effective April 10, 2020) maintenance and leak repair provisions for appliances with more than 50 pounds of non-exempt substitutes.  The rule effective April 10, 2020 will again narrowly apply the maintenance and leak repair provisions to appliances with a full charge of 50 pounds or more of Class I and Class II refrigerants or blends containing a Class I or Class II refrigerant.  However, the final rule effective April 10, 2020 does retain the previously expanded requirements for the use of non-exempt substitutes including:

Be aware that state-level regulation may be more stringent than the recently issued final U.S. EPA rule regulating refrigerants.  California, Connecticut, Delaware, Maine, Massachusetts, New York, Rhode Island, Vermont, and Washington either have more stringent phase-out restrictions of certain HFCs or have announced their intent to phase out HFCs prior to potential rule amendments by the Federal government.  The intent by the states to mitigate HFC release may include potential state rule amendments for enhanced operator and maintenance training for equipment containing HFCs (i.e., substitute substances).

And, regardless of whether refrigerant conditions are included in your air permit (or even if you don’t have an air permit), it does not negate the requirement to comply with this Federal refrigerant regulation if your facility has refrigerant-containing equipment.

As always, ALL4 is available to answer any questions you may have.  If you’re interested in having ALL4 conduct a virtual refrigeration training for your personnel, contact Sally Atkins at satkins@all4inc.com.