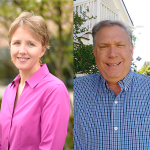 In 2020, ALL4 provided several updates on important changes to refrigerant regulations at both the Federal and various state levels.  Due to the courts vacating portions of several rules under the Significant New Alternatives Policy (SNAP) program (i.e., SNAP Rules 20 and 21), actions by the U.S. Environmental Protection Agency (U.S. EPA) were limited and an environment of uncertainty developed.  The focus of concern had been on hydrofluorocarbons (HFCs) commonly used in refrigerators, air conditioners (A/C), and many other applications because these HFCs are highly potent greenhouse gases (GHG) with high global warming potential (GWP).

HFCs have been popular substitutes over the past 20 years to replace ozone-depleting substances (ODS), which are being phased out and have production/importation allowances in place (e.g., as of January 1, 2020, R-22 cannot be manufactured in the U.S. or be imported).  However, the high-GWP substitutes themselves had been listed for phase-down on various schedules, which pertained to specific HFCs and end uses described under the SNAP program.  The goal is to eventually replace HFCs with lower or zero GWP substitutes.  While progress to implement new regulations was delayed by Trump administration rollbacks of Obama administration policies to reduce HFCs, industry had already begun implementing a phase-down of HFCs consistent with the implementation schedule in the U.S. EPA SNAP rules.

In 2018, California led the way with its own HFC regulation that adopted SNAP Rules 20 and 21 and has since gone beyond those requirements.   Due to the April 2020 revisions to Clean Air Act Section 608 (40 CFR Part 82, Subpart F), and lack of Federal regulation around the HFC SNAP phase-down, additional states have joined the U.S. Climate Alliance (USCA), a coalition of governors committed to reducing GHGs consistent with the Paris Agreement goals.

In 2019 and 2020, Federal legislation was introduced, called the American Innovation and Manufacturing (AIM) Act, that would establish a schedule to reduce domestic HFC production and importation.  The bills were strongly supported by the chemical manufacturing industry and the A/C and refrigeration equipment industries, and the proposed phase-down is in line with the 2019 Kigali Amendment to the Montreal Protocol, which has been ratified by almost 100 countries.

Fast forward to May 2021: Earlier this month, the U.S. EPA proposed its first rule under the AIM Act of 2020.  The AIM Act was co-sponsored with strong, bipartisan support, and backed by a broad coalition of industry and environmental groups; it is a law that is expected to create a uniform Federal approach to the effort of phasing down HFCs.  Such a phase-down in the U.S. opens the door for domestic production to serve the global market, promotes U.S. technology leadership, and the transition is expected to reduce consumer costs in the A/C industry.

Not only would the proposed rule set national HFC production and consumption (i.e., importation) baseline levels, it would also establish an initial methodology for allocating HFC allowances for future years.  U.S. EPA intends to use the approach established through this rulemaking to issue allowances for 2022 by October 1, 2021, with plans to revisit the approach for subsequent years in another rulemaking.

U.S. EPA also conducted an environmental justice analysis to determine how overall reductions in GHG emissions from this proposed rule would benefit more vulnerable at-risk communities (e.g., elderly, poor, and indigenous populations), and will continue to consider impacts as the proposal moves forward.  This is one more example of how EJ impacts will be considered in every federal action and ALL4 is keeping track of EJ-related news, policies, and regulatory actions across the U.S.

Industries that heavily rely on refrigeration, such as supermarkets, data centers, refrigerated shipping, and real estate, will likely be significantly impacted by the phasedown. To comply with EPA’s new regulations, companies in these industries and the manufacturers of the equipment used in those industries will be required to transition their facilities and equipment to non-HFC refrigerants (often at significant cost) or purchase increasingly expensive allowances. During the phasedown period, individual companies will be allocated allowances based on a methodology that EPA is currently developing in conjunction with the proposed rulemaking.  As first steps in minimizing the impact and to assist in complying with the new regulations, ALL4 recommends the preparation of an inventory of HFC-containing equipment and the development of a refrigerant management plan.

ALL4 is available to answer any questions you may have and provide assistance with your refrigerant management program.  Contact either myself at satkins@all4inc.com or Mike Kendall at mkendall@all4inc.com.