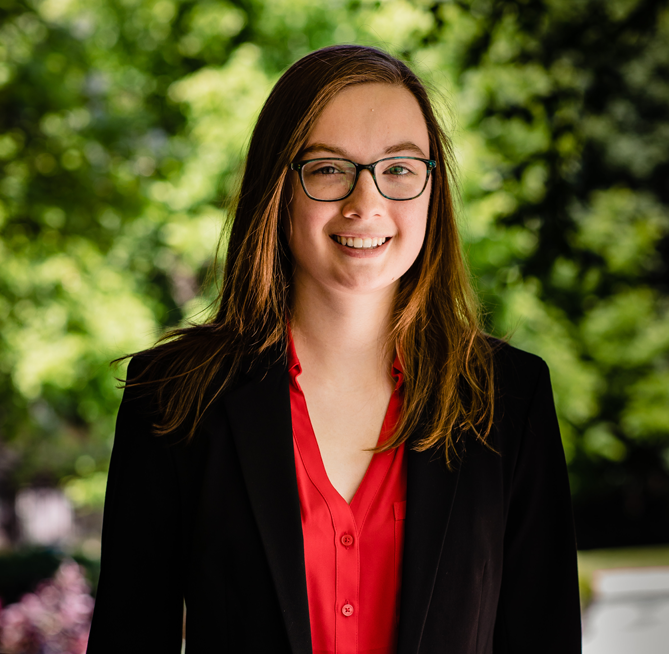 Jenny graduated from Penn State with a B.S. in Chemical Engineering and a minor in Environmental Engineering in December 2017. She started working as a Staff Engineer with ALL4 in June 2018.

Get to know Jenny

I’ve never had a dedicated nickname, only shortened versions of Jennifer (Jenny, Jen, etc). I do get a lot of Forrest Gump references thrown my way, though.

When I was very, very young, I was convinced I wanted to either be an artist or work in an ice cream shop. However, my grandmother was always telling me I’d make a good engineer, so I decided I wanted to do that instead. Well, here we are, 15 years later!

It surprised me how welcomed and a part of the company I felt, even on my very first day. Everyone seems dedicated to making each employee feel right at home at ALL4.

When I was around six years old, I decided I wanted to dress up as a black cat for Halloween. I had on cat ears, a mask with whiskers, and black gloves with “claws” glued on. Apparently, it was a pretty realistic costume, since when I came downstairs with it on, I terrified my poor (real) cat.

Automatic only for now. I should learn stick sometime; you never know when it could come in handy.

Can’t say I’ve met too many celebrities or anything like that. I did meet a few of the Pittsburgh Pirates several years ago at a charity fundraising event, though.

People who meet me are not always aware that they’re meeting a Pokémon master.

I’d love to become known as someone who is always down to talk about nerdy things like video games. Hopefully the Zelda computer wallpaper and Pikachu plush in my cubicle send out some signals.

I wouldn’t be able to go on without a pet to cuddle, a sizeable supply of potato chips, and chapstick. What else does a person need, really?

Aside from ALL4’s dedication to environmental work fitting my interests to a T, I was intrigued by how close-knit the company seemed, even from my first impressions at a career fair.

New Jersey Air Quality Updates – Have You Missed Anything?