Home / Insights / Articles / Vapor Intrusion Mitigation Barriers – Bigger Might be Better, But Is It Necessary?

Vapor Intrusion Mitigation Barriers – Bigger Might be Better, But Is It Necessary? 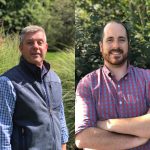 Vapor intrusion (VI) occurs when vapor-forming chemicals migrate from a subsurface source (e.g., contaminated soil or groundwater) into an overlying building, causing a potential human health exposure risk. When VI is suspected or confirmed, the primary method of mitigating the risk is to install a vapor mitigation system. In an existing building, a vapor mitigation system typically consists of a sub-slab depressurization system similar to a radon removal system. However, in new construction, a VI mitigation system typically consists of a sub-slab vapor barrier underlain by gravel and a piping network to passively direct subsurface vapors away from the building and to the atmosphere.

One of the main goals of VI mitigation system design is to select the most appropriate sub-slab vapor barrier, based on chemical compatibility, thickness, regulatory acceptance, durability, diffusion properties, ease of construction, and costs. There has been significant advancement in the VI practice over the past two decades, but mostly in assessing and quantifying the indoor air quality and hypothetical risk. When it comes to selecting and designing the appropriate VI mitigation barrier for a specific project, there is a general absence of science-based regulatory guidance, resulting in the designer simply asking vendors for their recommendation of the most appropriate product. This doesn’t sound like good engineering practice.  As such, ALL4 conducted an independent evaluation of several VI mitigation barriers and developed a proprietary modeling tool to select the most appropriate VI mitigation barrier for a given project.

ALL4 first evaluated the Johnson and Ettinger (J&E) VI model and attempted to modify the model to accommodate and accurately predict indoor air concentrations and subsequent human health risk reductions because of installation of a vapor barrier. Although this was achievable, the model becomes unstable with such a thin barrier layer (10s of mils) and this instability must be countered by “tricking” the model (e.g., adjusting other input variables beyond their normal ranges). The result of this exercise was that most VI mitigation membranes result in hypothetical indoor air concentrations and subsequent human health risks that are several orders of magnitude below typical risk levels (e.g., 1 x 10-6). But given the model instability, ALL4 pressed on…Fick’s first law of diffusion.

Fick’s first law of diffusion can be used to model a VI barrier, but this method is an overly conservative approach. Specifically, this method assumes all volatile organic compounds (VOC) are present immediately below the barrier and no attenuation or degradation factors are considered that may otherwise reduce the predicted indoor air concentration (e.g., no attenuation due to concrete slab, no biotic or abiotic degradation, no mixing, no air exchanges, etc.). Regardless, this method was applied and essentially verified the J&E model findings above.  Based on this confirmation, ALL4 developed a proprietary vapor barrier design model, based on Fick’s Law, and taking into account site-specific conditions, VOC-specific factors, membrane properties (e.g., thickness, diffusion factors) and a factor of safety developed from the landfill liner installation industry (defect factors). For most projects, even with moderate to high subsurface contamination, the design model supports the following conclusions: