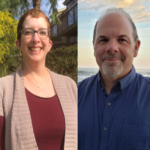 The U.S. Environmental Protection Agency (EPA) was hard at work at the end of 2020, finalizing several regulatory actions related to the NAAQS.  The Clean Air Act (CAA) requires U.S. EPA to review, and revise if necessary, the NAAQS on a five-year schedule.  There are many steps in the review process and it rarely takes just five years (although former U.S. EPA Administrator Scott Pruitt issued a memo in 2018 in an attempt to streamline the process and keep on schedule).  Recent NAAQS activity and what actions might be coming next are summarized below.

U.S. EPA set a 1-hour SO2 standard in 2010.  Although NAAQS designations typically occur in two to three years, the fourth and final round of designations for the 1-hour SO2 standard was just completed on December 21, 2020.  These most recent designations were based primarily on three years (2017-2019) of ambient monitoring data from new monitors that were sited next to large SO2-emitting sources that were covered by the SO2 Data Requirements Rule (DRR) and chose to monitor instead of submit an air dispersion modeling demonstration.  However, in the case of Beaverdam Township in western North Carolina, the attainment designation was a result of recent significant SO2 emissions reductions by the local pulp and paper mill and their work with the NC Division of Air Quality and U. S. EPA to establish a source-specific State Implementation Plan (SIP) that memorialized those emissions reductions and established federally enforceable emissions limits.  Air dispersion modeling of the mill’s emissions limits and the most recent monitoring data combined to demonstrate that Beaverdam Township is in attainment with the 1-hour SO2 NAAQS.  Additionally, with the long delay in the designation process, some areas that were designated nonattainment in the initial rounds based on monitoring are up for reclassification to maintenance as the ambient SO2 concentrations in those areas fell due to emissions reductions or site closures.  In other nonattainment areas, SIPs are in place to bring those areas into compliance.

With the December action, all areas in the U.S. have been designated either nonattainment or attainment/unclassifiable with respect to the 1-hour SO2 standard. We note, however, that this final action has not yet been published in the Federal Register, as the new administration is reviewing the actions taken by the outgoing administration that have not yet been published.  As of January 31st, 2021, there are 26 areas designated nonattainment for the 1-hour SO2 NAAQS, with a further 15 areas in maintenance having come out of nonattainment. U.S. EPA published a decision to retain the 2010 standard in March 2019, so we shouldn’t see much action related to whether they are retaining or revising the 1-hour SO2 NAAQS for a couple of years.

U.S. EPA last revised the ozone standard in October 2015, lowering the 8-hour standard previously finalized in 2008 from 75 to 70 parts per billion (ppb). At present, there are 50 areas designated nonattainment for the 2015 ozone NAAQS, many of which are large and cover multiple counties. The most recent review of the ozone NAAQS was completed in late 2020, and U.S. EPA published its decision to retain the current standards without revision on December 31, 2020, with an effective date of the same day.  The decision not to lower the ozone standard has already resulted in petitions for review from public health and environmental groups, who believe that the current standards are not low enough.  We should see some activity soon that will signal whether the current administration will review the December rule.

U.S. EPA recently concluded its review of the NAAQS for particulate matter less than 2.5 microns in diameter (PM2.5).  This review included a call for information, a 2016 integrated review plan, a 2018 integrated science assessment, and a 2019 policy assessment.  The draft policy assessment stated that depending on the weight put on various studies, a lower PM2.5 standard could be supported.  However, the current CAA Scientific Advisory Committee (CASAC) members recommended retaining the current PM2.5 standards after reviewing the information prepared during the review.  U.S. EPA determined that the current PM2.5 (and PM10) NAAQS were adequate and finalized a rulemaking in December 2020 to retain the current standards without revision.

The decision was viewed as fairly controversial and U.S. EPA has been petitioned to review this rulemaking.  The current administration could either grant the petition, review the last administration’s work, and determine if a different outcome is warranted, or they could deny the petition and instead perform a new review, develop their own record, and come to their own conclusions based on a fresh analysis during the next 5-year period.  Measurement of PM2.5 emissions can be challenging for certain sources, but if the PM2.5 NAAQS is lowered, facilities will likely need to gather better data to refine emissions estimates and air quality modeling approaches.  Additional ambient monitoring could also be required.  A lower standard could reduce the “headroom” between background and the annual PM2.5 NAAQS by half or more and leave very little margin for new emissions as many parts of the country are already very close to the annual PM2.5 standard.

What’s Next for NAAQS?

As the Biden administration begins to pursue its environmental agenda, the most likely activity around the NAAQS is the potential reconsideration of the decisions to keep the ozone and PM2.5 standards at their current levels. The SO2 NAAQS is no longer as hot a topic as it was with the completion of the SO2 DRR designations and because many of the sources targeted by the rule have shut down or repowered from coal to natural gas or other fuels with much lower sulfur content. The PM10 NAAQS was last reviewed in 2012, when the annual standard was vacated, and while it is technically due to be reviewed again, the more stringent PM2.5 NAAQS now seems to be the focus. The nitrogen dioxide (NO2) NAAQS were reviewed and kept at their current levels in 2018, so the next review should be completed in this administration. For a time, there was talk that the carbon monoxide (CO) NAAQS might be eliminated entirely. But for now, the current CO NAAQS remain intact, though they are well overdue for another review, having last been formally reviewed in 2011 and eventually upheld in lawsuits in 2014. It remains to be seen whether greenhouse gas regulatory efforts could result in a carbon dioxide (CO2) NAAQS.

While other pollutants have occasionally been discussed for potential elevation to criteria pollutants to be covered by a NAAQS, no additions seem to be on the immediate horizon. For now, we’ll have to keep an eye on developments with the ozone and PM2.5 NAAQS, and the growing attention being paid to non-criteria pollutants at the state and federal levels.  Please contact Amy Marshall or Rich Hamel for more information.