ESG Considerations of The US 2022 Inflation Reduction Act 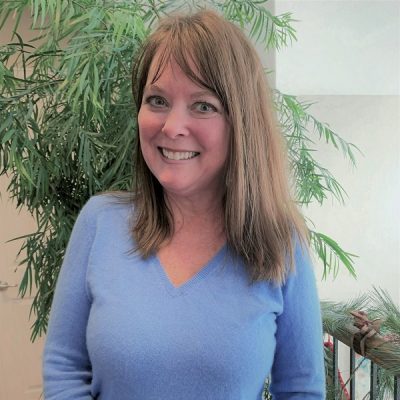 If you’re like many Americans, you may be experiencing the impact of inflation on your wallet. The cost of gas, groceries, furniture, and travel, just to name a few, continue to climb. So much so, in fact, that (according to National Public Radio) consumer prices are increasing at a rate not seen in 40 years. Public Law 117-169, commonly referred to as the Inflation Reduction Act of 2022 (IRA or Act), was passed by Congress on August 7, 2022, and signed into law by President Biden on August 16, 2022. Although the primary aim of the Act is to curb the growth rate of inflation, the IRA is wide-ranging and includes climate, health care, and tax reform measures that address drug prices, clean energy spending, and a corporate minimum tax. Although the bill is extensive, this article is focused on the provisions of the legislation pertaining to climate change and clean energy investments.

One of the objectives of the IRA is to both control rising energy costs over the long term while reducing the risk and resulting costs posed by climate change by managing greenhouse gas emissions. The IRA aims to reduce U.S. GHG emissions by 40% from 2005 levels by 2030. After 2035 the Act aims to reduce cumulative GHG emissions by an additional 6.3 billion tons in the subsequent decade. According to the White House the Act is the “single largest and most ambitious investment in the ability of the United States to advance clean energy, cut consumer energy costs, confront the climate crisis, promote environmental justice, and strengthen energy security.”

The Act seeks to accelerate the energy transition to low carbon technologies, encourage domestic manufacturing (specifically relating to clean energy technologies such as solar, wind, carbon capture, and clean hydrogen), and improve U.S. energy security by reducing our dependence on foreign supplies of the minerals needed to support the energy transition. The Energy Security provisions within the Act are meant to launch a new American low-carbon energy system. The primary levers of the Act are tax incentives and direct investments. Some of the more immediate impacts include investment tax credits and production tax credits for renewable energy and tax credits targeting hard to abate sectors such as aviation fuel. Simultaneously the Act seeks to encourage domestic production of energy related infrastructure and equipment in order to secure the supply chain, build resilience and create jobs. The incentives for these sectors are made more usable by ensuring a longer horizon for viability, with 10-year time frames on availability rather that requiring congressional approval every 1, 2, or 3 years providing the certainty needed to make investment decisions far more justifiable and attractive. One example of encouraging domestic manufacturing is in the form of an increased tax incentive for companies that use a minimum domestic content threshold of American-made steel in their wind products.  In addition, the Act recognizes that a new energy system requires a transition period and so includes provisions for maintained accommodation of oil and gas production on public lands. Of course, that transition period necessitates mechanisms that counter the continued emissions of GHGs and so must also include technologies to capture carbon dioxide from industrial and ambient sources. The 45Q tax incentives for Carbon Capture, Use and Sequestration receive significant increases in the amount of the credits and availability of direct payments significantly improving the investment calculus.

Moody’s Analytics states “the bill directs about $370 billion over 10 years toward promoting clean energy and climate resilience, with about two-thirds of the money coming in the form of tax credits for producing electricity from clean energy sources, investing in renewable energy technologies and addressing climate change through carbon sequestration, renewable fuel production, and clean energy manufacturing.”

Highlights of the IRA that are likely of interest to ALL4 clients include the following:

Princeton Zero Labs estimates that the Inflation Reduction Act could drive $3.5 trillion in capital investments in new American energy supply including wind and solar investments in the next 10 years. This is significant not only to traditional market actors in the energy industry but also for other businesses looking to make capital investments to reduce their carbon liability, reduce their reliance on volatile energy markets, and generate alternative revenue sources.

Of course, renewables, as well as the drive to electrify the grid, require an enormous expansion in storage capacity, which is currently understood to be batteries. Therefore, the IRA also seeks to the stabilize the battery manufacturing supply chain in the U.S. while also lowering U.S. energy expenditures by at least 4% before 2030, according to preliminary analysis released Thursday by the Princeton University-led REPEAT Project.

We will still look for significant efforts to streamline permitting processes for energy infrastructure related projects in order to meet urgent timelines and realize the full impact benefit from these policy changes. However, the incentives in the IRA provide considerable opportunity for companies across a broad range of verticals to invest in preparing their organization to thrive in the next century by investing in climate change mitigation and abatement initiatives including renewable energy generation, energy storage capacity, carbon capture and sequestration, and domestic production capabilities.

We have seen requirements in related legislation such as the CHIPs act basing eligibility for benefits on adherence to other ESG related metrics such as prevailing wage conformance. In order to ensure you qualify for tax credits, grants, and other policy incentives as implementation plans are formulated by various responsible agencies- which might be state or federal, it is important to prepare to define, measure and disclose material ESG metrics and to track progress against any stated goals.

If you want to explore opportunities under the Inflation Reduction Act for your organization connect with me at cprostko-bell@all4inc.com