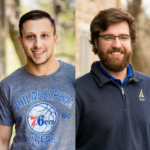 Does your facility operate a continuous monitoring system (CMS) to demonstrate compliance with Federal and/or state monitoring requirements?  If so, we want to reiterate the importance of maintaining records/logbooks of events associated with your CMS.  In addition to potentially being required to do so by your facility’s air permit, keeping up-to-date records/logbooks can help tremendously while reviewing and reporting CMS data.  To demonstrate the importance of logbooks and the impact they can have on CMS data, we will recap a recent finding that our team encountered while completing CMS reports.

The facility operates a continuous opacity monitoring system (COMS).  During the reporting period, the COMS measured numerous opacity values in excess of the of the facility’s opacity limits.  The data acquisition and handling system (DAHS) used the measured values to calculate compliance averages in excess of the applicable limits, resulting in many reportable.  The impact here was potentially significant – if the excess opacity values were valid and representative of the facility’s operations, the facility would have received monetary penalties for the excess emissions reported by the facility.   We took a closer look at the raw or “as-recorded” COMS data during the relevant time period and the comments recorded in the facility’s CMS logbooks to ensure validity and accuracy of the data.

The COMS data recorded during this time immediately looked suspicious to us.  The operating record reported “normal operation” (i.e., no start-up, shut-down, or malfunction); however, the one-hour average values were noted to be significantly higher than what is expected to be emitted by the source during normal operation.  Additionally, a review of the logbook comments found records that the COMS monitor malfunctioned during this time period.  The logbook also documented that corrective maintenance was performed on the COMS monitor, and the suspiciously high opacity readings ceased after the monitor maintenance was completed.

Upon review and confirmation of the findings with the facility, it was determined that the impacted COMS data within the DAHS was invalid and non-representative due to the COMS malfunction.  As a result, the data that was originally recorded by the DAHS as excess opacity emissions, could be reconciled and instead was accurately reported as monitor downtime in the COMS performance summary for the reporting period.

If the original report was submitted without a detailed review or reconciliation, the facility would have incurred fines from the regulating agency for reporting erroneous excess opacity emissions.  Documentation of events associated with your CMS can not only save you time when reviewing and reconciling CMS data, it can save you from unwarranted violations and penalties.  If you have questions about how to log events, what events to log, or anything else regarding your CMS please reach out to Matt Carideo (610.933.5246 x139 or mcarideo@all4inc.com) or Dustin Snare (610.933.5246 x126 or dsnare@all4inc.com).  Additionally, to ensure that you do not miss out on future articles, signup for our 4 The Record below for timely updates of current hot issues, plus an in-depth article each month that highlights a regulatory topic.