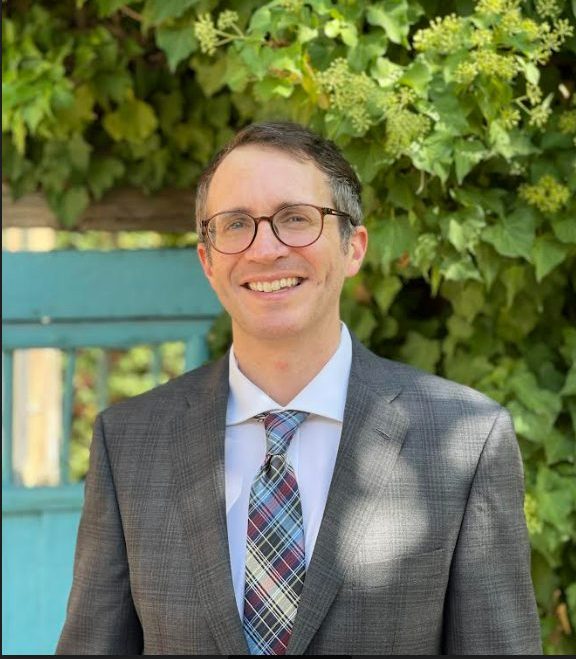 President Biden has signed a series of Executive Orders that have set in motion actions by the Executive Branch to address climate change. These actions are driving the development of new rules by the U.S. Environmental Protection Agency (U.S. EPA), Securities and Exchange Commission (SEC), and member agencies of the Federal Acquisition Regulation Council (FAR Council). The FAR Council includes the Department of Defense (DOD), General Services Administration (GSA), and National Aeronautics and Space Administration (NASA), which are the largest purchasing agencies within the federal government. In addition, U.S. EPA is working on rules in response to the American Innovation and Manufacturing (AIM) Act of 2020 that will function to restrict the use and management of certain hydrochlorofluorocarbons (HCFCs) and chlorofluorocarbons (CFCs). Finally, the Inflation Reduction Act (IRA), which President Biden signed into law in August 2022, is expected to provide funding to various entities to advance climate-related action. This article includes an overview of the climate-related regulatory activity that we anticipate this year.

The U.S. EPA, SEC, and member agencies of the FAR Council are expected to issue proposed or final rules on the various climate related programs discussed below.

On June 21, 2022, U.S. EPA proposed several revisions to the GHGRR that are intended to improve data quality, provide clarifications and corrections to language, and to streamline requirements. The revisions affect 23 of the existing subparts and create Subpart VV – Geologic Sequestration of Carbon Dioxide with Enhanced Oil Recovery Using ISO 27916.  Please see the 4 The Record article dated October 6, 2022 that describes the proposed changes in greater detail.  ALL4 expects that a final version of the rule will be published this year. The new reporting requirements will take affect for the 2023 reporting year submittals due in 2024.

On October 23, 2015, the U.S. EPA finalized 40 CFR Part 60, Subpart TTTT, Standards of Performance for Greenhouse Gas Emissions for Electric Generating Units. Amendments to the rule were proposed in December 2018 that included several structural changes to the rule and updated the best system of emissions reduction (BSER) for coal fired electric generating units (EGUs) to reflect efficient generation and removing partial carbon capture and storage as a requirement. The amendments proposed in 2018 were never finalized and U.S. EPA is now conducting a “comprehensive” review of the existing Subpart TTTT language. A pre-proposal, non-rulemaking docket was created in September 2022 to solicit public comment through March 27, 2023, to help guide the efforts to develop greenhouse gas emissions standards for both new and existing fossil fuel-fired EGUs. The current unified agenda indicates that a proposed rulemaking could happen in the spring of 2023. It will be interesting to see if the requirements in this rule get more stringent for future new and modified units.

On June 30, 2022, in the Supreme Court case West Virginia v. EPA, the Supreme Court ruled that “generation shifting” could not be considered a BSER for reducing emissions from existing sources. As a result, the Clean Power Plan (40 CFR Part 60, Subpart UUUU) was repealed. Prior to this decision, the Affordable Clean Energy Rule (40 CFR Part 60, Subpart UUUUa) was vacated and remanded by the D.C. Circuit Court of Appeals. These two actions left no active Emissions Guidelines for Greenhouse Gas Emissions from Existing Electric Utility Generating Units. U.S. EPA plans to issue new rules to establish greenhouse gas (GHG) emissions guidelines. The same  non-rulemaking docket as mentioned above is being used to solicit comments for standards for both new and existing sources and is open until March 27, 2023. The current unified agenda indicates that a proposed rule is anticipated in spring 2023. It will be interesting to see the thinking of the current administration on what constitutes BSER for existing units.

The U.S. EPA first published Standards of Performance for Crude Oil and Natural Gas Facilities, Subparts OOOO and OOOOa, in August 2012 and June 2016 respectively. In November 2021, the rules were revised, and a new subpart was proposed (Subpart OOOOb) for facilities where construction, modification, or reconstruction commenced after November 15, 2021. Additionally, for the first time, EPA is planning to regulate existing sources through the creation of the new Emission Guidelines for existing Crude Oil and Natural Gas Facilities (Subpart OOOOc). With the November 2021 rulemaking, U.S. EPA solicited comments on how best to regulate emissions of volatile organic compounds (VOCs) and methane from specific facilities and operations within the sector and promised a supplemental rulemaking to follow. On December 6, 2022, U.S. EPA issued the supplemental rule, which included draft language for both new Subparts OOOOb and OOOOc. The proposed rules included many changes, with monitoring requirements and emissions standards more stringent than in the original November 2021 proposal. U.S. EPA also proposed the creation of a super-emitter response program that is designed to encourage communities surrounding these facilities to monitor and notify regulatory authorities when super-emitter events occur. If the rule is finalized as-is, many sites that have not been historically impacted by Subparts OOOO and OOOOa will likely need to implement new monitoring systems and potentially new air pollution control devices. The current unified agenda indicates that rule could be finalized by the end of 2023.

President Biden signed the Inflation Reduction Act (IRA) on August 16, 2022. The new law includes many provisions, including a Methane Emissions Reduction Program that includes a fee for excess methane emitted by oil and gas companies who report emissions according to 40 CFR Part 98, Subpart W. The charge will apply to affected Subpart W facilities [i.e., facilities that emit over 25,000 metric tons of carbon dioxide equivalent (CO2-e) per year] with methane emissions that exceed either 0.20 percent of the natural gas sent to sale from the facility or 10 metric tons of methane per million barrels of oil sent to sale from the facility (if the facility does send natural gas for sale). The fee will start at $900/metric ton of methane for emissions reported for calendar year 2024, increase to $1,200/metric ton for calendar year 2025 and will max out at $1,500/metric ton for calendar years 2026 and onward. To comply with the IRA requirements, U.S. EPA will revise the requirements of 40 CFR Part 98, Subpart W to ensure that reporting and calculation of emissions and associated fees are as accurate as possible. Both a proposed rule and final rule are expected in 2023 in advance of the need to apply the updated requirements to tracking of emissions for the 2024 calendar year. Facilities subject to this rule should evaluate whether they might be subject to the new fee and whether there are opportunities to reduce emissions and avoid the fee.

On December 27, 2020, the AIM Act was passed with provisions intended to restrict the production, consumption, and management of certain HCFCs and CFCs with high global warming potential. The AIM Act included requirements for U.S. EPA to develop rules for controlling the servicing, repair, disposal, or installation of equipment for the purpose of maximizing reclaiming and minimizing the release of HCFCs and CFCs and ensuring the safety of those working around these materials. The current unified agenda indicates that U.S. EPA is targeting end of 2023 for a proposed rule to meet this obligation. The act also includes provisions that allow for restrictions on the use of HCFCs and CFCs in entire sectors. Individuals may also petition the U.S. EPA to create rules restricting the use of these substances in a specific sector. The U.S EPA issued a proposed rule defining how the petition process works and restricting the use of certain compounds in the refrigeration, air conditioning, aerosol, and foam sectors in December 2022 and are expected to issue a final rule in 2023. These rule changes will further restrict the types of refrigerants allowed to be used in large industrial cooling systems.

On April 11, 2022, the SEC issued a proposed rule intended to enhance and standardize the climate-related disclosure provided by publicly traded companies. The proposed requirements include quantifying the impact to the business of climate-related severe weather events and other natural conditions, estimating the cost of mitigating the risk of natural events, disclosing Scope 1, 2, and 3 GHG emissions, preparing a discussion on how climate related risks have or may impact the business, describing the business processes for identifying and managing climate-related risks, providing information on climate transition plans if developed, and detailing the process followed by board of directors and management to oversee climate-related risk. The comment period for this rule ended in June 2022, and reopened briefly in October 2022, and it is expected that the SEC will issue its final climate change disclosure rule in 2023. This rule will require a significant effort for companies that do not currently quantify these items.

On November 10, 2022, the Biden Administration proposed the Federal Supplier Climate risks and Resilience Rule that will require certain Federal contractors to publicly disclose their GHG emissions, climate-related financial risks, and set science-based emissions reduction targets. The categories of contractors are defined based on the dollar amount of the contracts they have with the government. “Major” contractors are those with greater than $50 million per year and significant contractors engage in contracts worth between $7.5 to $50 million. Under the proposed rule, major contractors will be required to report Scope 1, 2, and 3 emissions through reporting to the CDP while “significant” contractors will only report Scopes 1 and 2. The CDP, formerly known as the Climate Disclosure Project, is a global non-profit organization that standardizes reporting requirements and data collection. Currently, the unified agenda for the FAR Council does not indicate a 2023 date for a final rule. However, because the proposed rulemaking occurring at the end of 2022, it is possible that the rule will be final by end of 2023. Again, this could require significant effort for companies that do not currently quantify their GHG emissions footprint.

As we enter the 3rd year of the Biden Administration, it is clear that the impacts of recent executive orders and congressional acts intended to result in climate-related regulations will start to be felt by many in the regulated community. ALL4 can help you evaluate how each of the items discussed could impact your operations, evaluate your climate-related risk, quantify your Scope 1, 2, and 3 emissions, and assist with reporting. If you are interested in learning more about upcoming changes under a specific rule, please contact me at cward@all4inc.com. Keep an eye out on our website as we will be publishing more specific information as these rules go through the regulatory process.