Home / About ALL4 / The ALL4 Team / Olivia Pearson 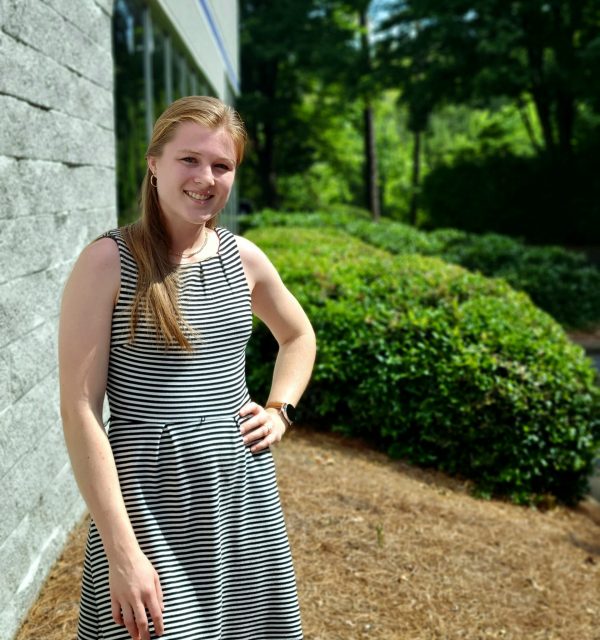 Olivia comes to ALL4 equipped with experience from two different internships, having spent two summers interning at Keurig Dr. Pepper and three summers interning at Advanced Catalyst Systems, LLC. In addition, Olivia has contributed to numerous research projects, both at the undergraduate and at the graduate level. Olivia is optimistic that the analytical and detail-oriented mindset she has developed from her experience up to this point will make her an asset to ALL4.

Get to know Olivia

Mostly people have called me “Liv” or “Livy”, but a more interesting nickname I had was “George”. On the surface, it was not much of a nickname since George is my maiden name, but my soccer coach informed me that he was calling me by that name also in reference to Curious George. Let’s just say I was a little distractible on the field…

I wanted to be a singer. I was pretty sure that would work out for me. Then I got stage fright during a talent show and forgot half a verse on stage. That ended that.

So far I have been most surprised by the amount of connection and interaction across all levels and sections of the company. I am impressed how much it still feels like a small local company, even though it spans across the nation.

Energizer bunny. I opened the drum and put my candy inside it. It was a fun idea but cumbersome to wear.

Automatic. I am not a car person. I just want a functioning vehicle that is simple to operate, has functioning heating and cooling, and ideally has a working aux port. I plan to outsource all of my stick shift driving needs to my husband.

Steven Tyler came into the restaurant when my family got lunch in Nashville once. There was a super fan there waiting for him, and she almost passed out. His security held her away at first, but he greeted her and whispered something sweet in her ear.

I like to sew my own clothes. I have even made a few pieces with no pattern.

Doing everything I do to a high standard of excellence as much as possible. I want my peers and managers to know that if they give me a task, it will be done right.

Assuming that the island had a flourishing ecosystem that I could use to sustain myself, I think if I just had a good knife, a female hunting dog, and a male hunting dog (both not fixed), I could build a pretty content life for myself. I would be able to keep up my various crafting and DIY hobbies, and I would have companionship with the potential for generations of future companionship.

The culture was a major pull. It was clear from the interactions I had during the interview process that the company is full of thoughtful people that maintain healthy work-life balances.