The final Definition of Solid Waste (DSW) rule was signed by U.S. EPA on February 21, 2011 and is expected to be published in the Federal Register in March 2011. The purpose of the DSW rule is to clarify which non-hazardous secondary materials are, or are not, Resource Conservation and Recovery Act (RCRA) Subtitle D solid wastes when burned as fuel or ingredients in combustion units. U.S. EPA recognizes that the DSW rule will significantly narrow the current universe of non-hazardous fuels allowed to be burned in combustion units. Many materials that have been historically combusted as alternate fuels or used as alternate ingredients will not likely meet the non-waste determination requirements of the DSW rule. As a result, such materials will be reclassified as solid waste, and in accordance with Section 129 of the Clean Air Act, may only be combusted in a unit that is regulated under the Standards of Performance for New Stationary Sources and Emission Guidelines for Existing Sources: Commercial and Industrial Solid Waste Incineration Units (CISWI) rule. Both the DSW and CISWI rules were finalized with the infamous National Emission Standards for Hazardous Air Pollutants for Major Sources: Industrial, Commercial, and Institutional Boilers and Process Heaters (Major Source Boiler Rule) and National Emission Standards for Hazardous Air Pollutants for Area Sources: Industrial, Commercial, and Institutional Boilers (Area Source Boiler Rule). Based on U.S. EPA data, ALL4 anticipates that over 200,000 sources may be affected by these “4 Rules.”

While portions of the Major Source Boiler Rule, Area Source Boiler Rule, and CISWI Rule may be reconsidered by U.S. EPA, the DSW rule, as-is, will likely remain intact and will become effective 60 days after its publication in the Federal Register. The DSW Rule is anticipated to have an immediate impact on facilities that are currently using, or considering the use of, secondary materials as alternate fuels since there is no multi-year compliance timeline associated with the DSW rule. Permitting authorities may be hesitant to authorize the use of secondary materials as alternate fuels, even on a trial basis, if those materials do not meet the non-waste criteria of the DSW rule.

The final DSW Rule defines the criteria used to determine which non-hazardous secondary materials are, or are not, solid wastes when utilized in combustion units or kilns as alternate fuels. The significance of utilizing alternate fuels that are characterized as “waste” versus “non-waste” is:

The final DSW Rule maintains the basic framework of the June 2010 proposed rule, specifying that non-hazardous secondary materials that are burned in combustion units are solid waste unless: 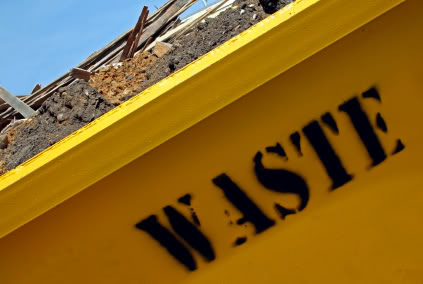 In response to comments and additional information received, U.S. EPA included several significant changes in the final rule which are favorable to combustors of select secondary materials as alternate fuels. Specifically,