Home / Insights / Articles / What the Final Policy and Technical Amendments to 40 CFR Part 60, Subparts OOOO and OOOOa Mean for the Oil and Gas Industry

What the Final Policy and Technical Amendments to 40 CFR Part 60, Subparts OOOO and OOOOa Mean for the Oil and Gas Industry 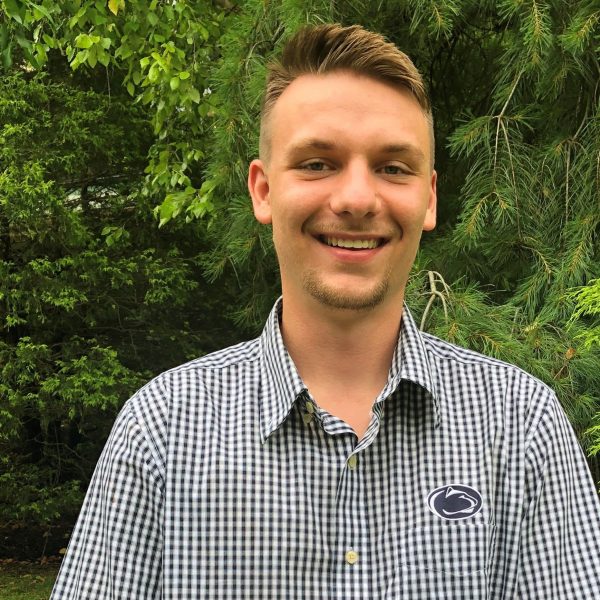 Removal of the Transmission and Storage Segment

In the final policy amendment, U.S. EPA determined that it had erred in earlier versions of the rule and that it was not appropriate to include the transmission and storage segment as one of the source categories in the 2012 and 2016 NSPS rules.  As a reminder, Subpart OOOOa regulated sources in the following industry segments:

As a result of the final amendments, all the rule requirements [e.g., methane and volatile organic compound (VOC) standards] have been rescinded from sources that fall under the transmission and storage segment in the O&G industry.  Typical sources found in the transmission and storage segment may include, but are not limited to, compressors, storage vessels, fugitive emissions components, and pneumatic controllers.  As of the effective date of the amended rules, which will go into effect when the final amendments are published in the Federal Register, compliance requirements [e.g., leak detection and repair (LDAR) surveys] at transmission stations will no longer apply.  However, some states have proposed or promulgated state specific O&G regulations that retain such requirements.

The final amendments also clarified that natural gas processing plants must comply with equipment leaks standards no later than 180 days after initial startup of a new, modified, or reconstructed process unit and established that equipment that operates less than 300 hours per year is exempt from VOC monitoring requirements.

[1] Several major oil companies including ExxonMobil, Shell, Equinor, and Total are on record as not being entirely on board with the revisions citing a need to regulate methane directly, maintenance of a federal regulatory ‘floor’ that provides a consistent, flexible, predictable, and comprehensive policy framework, and the possibility of the revisions undermining actions that have already taken to address climate change risk. 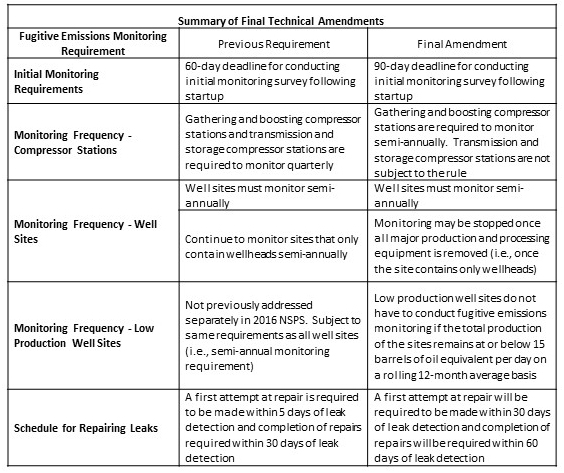 The final rule expands existing Subpart OOOOa exemptions to cover pneumatic pumps at any well site.  The original exemption only covered “non-greenfield” or existing well sites.  A professional engineer (P.E.) or an in-house engineer may certify that a well site is exempt from control requirements if it is determined that it is technically infeasible to route emissions from a pneumatic pump to a control device.  The final rule also allows owners and/or operators to demonstrate that closed vent systems associated with pneumatic pumps are operating with no detectable emissions by using the following practices:

As discussed above, Subpart OOOOa now allows both P.E. and in-house engineers to make certifications pertaining to the technical infeasibility of routing methane and VOC emissions from pneumatic pumps to existing controls or processes.  It also allows both positions to certify that the design and capacity of a closed vent system is sufficient enough to route emissions to a control device from affected facilities.

Pre-publication versions of the final rule can be found here: Actions and Notices about Oil and Natural Gas Air Pollution Standards.  If you have questions about how this finalized rule could affect your operations, or what your next steps should be, please reach out to me at (610) 933-5246 x175, or at abeaver@all4inc.com.