Home / Insights / Articles / What the BEEP is a SODAR?

What the BEEP is a SODAR?

Beep….Beep….Beep….Have you ever heard a smoke detector that chirps due to a low battery?  Well, mix that with the sound of an underwater submarine, and you get the sound that a SODAR makes.  Most people don’t know it, but ALL4 owns a SODAR.  For the past two days (as I write this blog post), ALL4 is testing out its very own SODAR that we will be renting to a client for the upcoming year.  Before we rent it out, we want to make sure that it functions (beeps) properly.

“What is a SODAR, and does it need to beep like that?”  Well, that’s an excellent question.  And due to the constant beeping and the fact that it is sitting right outside my window, I’ve heard that question asked once or twice a copious amount of times these past two days at the office.  I figured that I would write this blog post to answer that question for not only some coworkers, but also the surrounding community that is most likely wondering why the BEEP that thing is beeping.  Also, it’s a nice plug to let the world the audience that reads our BLOG know that we have (and are familiar with) a SODAR that we can rent out if anyone needs one in the future.

The purpose of a SODAR, or SOnic Detection And Ranging, system is to remotely measure the vertical turbulence structure and the wind profile of the lower layer of the atmosphere.  SODAR systems are similar to RADAR (RAdio Detection And Ranging) systems, except for the fact that sound waves are used for detection rather than radio waves.  You might be more familiar with the term SONAR (SOund NAvigation Ranging) systems, which detect the presence and location of objects submerged in water (i.e., submarines) by means of sonic waves reflected back to the source.  SODAR systems are similar to SONAR systems, except that the medium is air instead of water and the reflection is due to the scattering of sound by atmospheric turbulence.

The SODAR system functions by emitting a high intensity sound pulse (or “beep”) and sampling the atmospheric echo from that pulse.  Generally, both the intensity and the Doppler (frequency) shift of the return signal are analyzed to determine the wind speed, wind direction, and turbulent character of the atmosphere.  The return signal recorded at any particular delay time provides atmospheric data for a height that can be calculated based on the speed of sound.  Three-dimensional wind and turbulence profiles are produced from information that is contained in the echoes.  The SODAR system is comprised of three major components:

The acoustic antenna is an array of speakers that are used to both transmit and receive acoustic signals.  This speaker array is electrically steered to generate three (3) independent beams.  The received signal is the product of the interaction of the transmitted acoustic pulse with small-scale atmospheric temperature and moisture variations.  The amplitude of the acoustic echo is related to the strength of these small-scale temperature variations.  The frequency of the received signal is directly proportional to the radial motion of the scattering volume relative to the antenna.  The radial motions as determined from the Doppler shift from at least three (3) independent directions (x-, y-, and vertical beams) is combined to produce a vertical profile of the horizontal wind field.  A picture of the SODAR system is shown below. 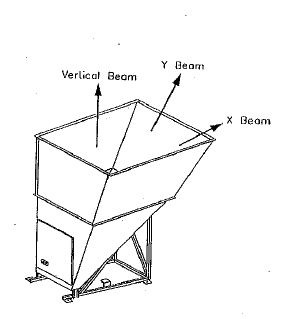 Our SODAR system can be used to collect high-resolution measurements of the wind and turbulence profiles within the lowest 250 meters of the atmosphere.  SODAR systems can be used in any application where the upward winds or the stability of the atmosphere must be determined, particularly in cases where time and cost are of the essence.  Most of ALL4’s clients rent the SODAR system to collect data for air dispersion modeling.   Typically the SODAR is co-located with tower-mounted sensors and is useful in applications where a taller tower is not feasible due to size limitation (a guyed tower requires a large foot print) or cost. These devices are also well-suited (1) to complement microwave wind profiler systems, (2) for wind energy studies, (3) for emergency response monitoring systems, and (4) for low altitude operational measurements of wind fields.

There are several advantages of using SODAR systems compared to erecting tall towers with in-situ wind and temperature sensors.  First of all, a SODAR system can generally be installed in a shorter amount of time and at a fraction of the cost of installing a tall tower.  Also, the SODAR system can use sound waves to obtain data from a higher altitude than the towers would be able to reach.  The only thing that you have to worry about is the incessant beeping.  But generally, the SODAR system will be placed in a location that is out in the open to avoid any obstruction from other structures, so the beeps usually are not a problem.  Today, however, it is sitting right outside my office window (see photo below) and I can hear it every few seconds.  Ipso-facto, I am being reminded of its presence every few seconds.  Due to the constant questioning and its presence in my mind, I figured that it would be a waste of an opportunity if I didn’t write a blog post about the BEEPING SODAR. 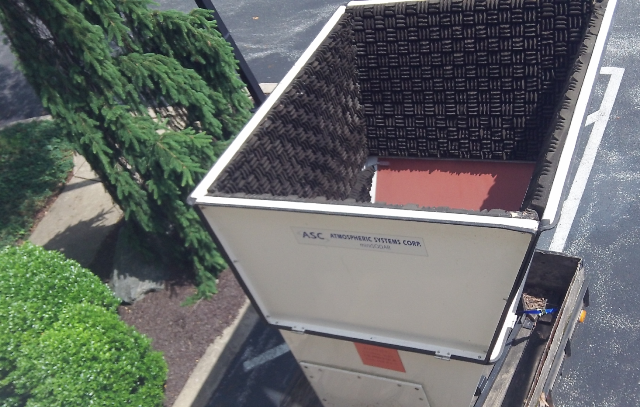