Tightening the Reins on GHG Emissions 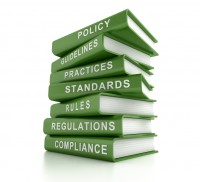 The Obama Administration announced its “Strategy to Reduce Methane Emissions from the Oil and Gas Sector” (Strategy) in March 2014 outlining the steps that the Administration will take towards reducing United States (U.S.) greenhouse gas (GHG) emissions by 17 percent below 2005 levels by 2020.  The Administration, in their Strategy, targeted a number of key sources to build on the regulatory progress to date and to take steps to further cut methane (CH4) emissions from the following sources:

On August 14, 2015, the United States Environmental Protection Agency (U.S. EPA) issued two (2) proposed regulations intended to further reduce CH4 emissions from municipal solid waste (MSW) landfills.  These proposals included a draft Emission Guideline (EG) and a supplemental draft New Source Performance Standards (NSPS) rule.  If finalized as proposed, the EG would apply to existing landfills and the NSPS rule would apply to landfills constructed or modified after July 17, 2014.  Comments on both proposals were accepted through October 2015, and both are expected to be finalized in the first quarter of 2016.  If finalized as proposed, the threshold that triggers the installation of a landfill gas collection and control system (GCCS) for control of CH4 would be lowered from 50 to 34 megagrams per year (Mg/yr) for all landfills except existing, closed sites.  It would, among other changes, also eliminate the startup, shutdown, and malfunction provisions that currently apply for MSW landfills.

On January 15, 2016, the Obama administration unveiled a three (3) year moratorium on new coal leases on federal lands.  This moratorium does not halt mining and production currently underway, but gives time to the Department of Interior (DOI) to review the leasing program.  According to the DOI Secretary, Sally Jewell, “We haven’t undertaken a comprehensive review of the program in more than 30 years, and we have an obligation to current and future generations to ensure the federal coal program delivers a fair return to American taxpayers and takes into account its impacts on climate change.” According to a recent study by The Center for American Progress “Coal from federal lands in Wyoming and Montana, including the Powder River Basin, contributed more than 13 percent of all GHG emissions from fossil fuels in the United States and more than 10 percent of all U.S. GHG emissions.”

In August 2014, the U.S. Department of Agriculture, U.S. EPA, and U.S. Department of Energy developed the Biogas Opportunities Roadmap to outline the voluntary actions to reduce CH4 emissions through biogas systems.  The Roadmap supports the U.S. dairy industry’s voluntary 2008 goal to reduce its greenhouse gas emissions by 25 percent by 2020.  According to the Roadmap Fact Sheet, more than 11,000 additional biogas systems could be deployed in the United States.  If fully realized, these biogas systems could produce enough energy to power more than 3 million American homes and reduce methane emissions equivalent to 4 to 54 million metric tons of greenhouse gas emissions in 2030, the annual emissions of between 800,000 and 11 million passenger vehicles.

On August 18, 2015, the U.S. EPA proposed two (2) new regulations to reduce CH4 and volatile organic compounds (VOC) emissions from the oil and natural gas sector.  These regulations include:

Concurrent with the proposed rules, U.S. EPA introduced a  proposal to clarify the term “adjacent” for New Source Review (NSR) purposes, entitled “Source Determination for Certain Emission Units in the Oil and Natural Gas Sector.  The “aggregation” proposal is intended to provide clarity regarding how oil and gas operations should be defined to evaluate major source status.

The U.S. EPA also released a draft Control Techniques Guidelines (CTG) entitled, “Release of Draft Control Techniques for the Oil and Natural Gas Industry” to reduce VOC emissions from existing oil and gas facilities that are located in ozone nonattainment areas.  Comments on the draft proposal were accepted through December 4, 2015.

Since then, U.S. EPA has proposed amendments to specific provisions within the following 30 subparts of the GHG Reporting Rule:

According to the U.S. EPA Fact Sheet, the proposed amendments would include the following types of changes and would be implemented over reporting years 2016, 2017, and 2018:

Although U.S. EPA is proposing revisions to 30 of these subparts, I have highlighted the significant proposed amendments for Subpart A (General Provisions) as well as five (5) example subparts that may be of interest to our readers as indicated in bold in the table.

U.S. EPA is proposing the following amendments to 40 CFR Part 98 Subpart A: