To implement its new approach to fugitive emissions, U.S. EPA revised four (4) main portions of the major NSR program regulations: 40 CFR §§51.165, 51.166, 52.21, and Appendix S to Part 51. The revisions are nearly identical for the existing regulations because they contain nearly identical provisions related to major modifications.  In addition, U.S. EPA is also finalizing the following: 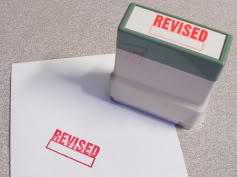 determinations as specified in their state-specific NSR regulations.  However, for PM2.5 Nonattainment NSR (NNSR) rules, the Federal Appendix S provisions control all determinations until states adopt new rules.  This means that fugitive PM2.5 emissions will only be included in an NNSR applicability determination if they are from a Section 302(j) source or category facility.  This could be beneficial for certain NNSR permit applications, but will also limit which fugitive emission reductions can be used for netting or offsetting purposes.