On March 1, 2011, U.S. EPA announced that the original March 31, 2011 deadline for 2010 greenhouse gas (GHG) emissions reporting under 40 CFR Part 98 (Mandatory Reporting of Greenhouse Gases Rule) would be extended. U.S. EPA’s announcement did not indicate how long the extension would be, stating only that more details on the extension will be provided in the coming weeks. Since the reporting deadline of March 31 is stipulated in the Part 98 rule, it is expected that U.S. EPA must, at a minimum, issue an interim final rule to make the extension effective prior to March 31 of this year.

As recently as February 28, 2011, the official position of U.S. EPA (as stated on their website) was that the March 31, 2011 deadline remained in effect, even though no details of the data uploading features of U.S. EPA’s electronic Greenhouse Gas Reporting Tool (e-GGRT), which facilities must use to submit the required reports, had been made available. U.S. EPA’s March 1, 2011 announcement states that the extension of the reporting deadline is necessary to allow U.S. EPA to further test the e-GGRT system and to give industry the opportunity to test the tool, provide feedback, have sufficient time to receive training, and become familiar with the tool prior to the reporting date. According to U.S. EPA, the reporting features of e-GGRT are now slated to be released this summer, which would indicate that the new reporting deadline could be as far away as late summer or fall of this year. 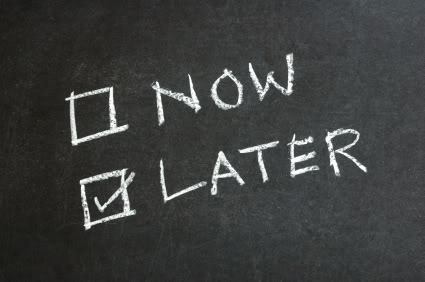 While this extension of the 2010 GHG emissions reporting deadline provides immediate relief to what we all expected to be a frenzied race to complete reporting on a short deadline using a new and untested electronic system, it does not mean that all efforts related to the GHG Reporting Rule can be put on hold. Indeed, there remains much to be done. U.S. EPA has made it clear that e-GGRT will be a data upload system, not a tool which will calculate a facility’s GHG emissions for reporting from raw data. Facilities need to continue with efforts to calculate their 2010 GHG emissions which are reportable under the GHG Reporting Rule and have them ready to upload when e-GGRT becomes available. Additionally, throughout 2010, U.S. EPA made numerous revisions to Part 98 which changed certain requirements and added new source categories. Facilities therefore need to evaluate and update their written GHG Monitoring Plans to ensure they are consistent with the applicable revised and new requirements. Finally, all of the monitoring, recordkeeping, and quality assurance efforts required by the GHG Reporting Rule must be performed on an ongoing basis for the 2011 reporting year and beyond.

4 The Record subscribers may recall reading in previous editions that ALL4 would be providing a 24-hour Hot-Line for e-GGRT reporting support in the days leading up to the March 31, 2011 reporting deadline. Although this will no longer take place in March, ALL4’s Hot-Line will be available to 4 The Record subscribers in the days leading up to whatever new reporting deadline is established. Look for details from ALL4’s Climate Change Team closer to that time. In the meantime, ALL4’s Climate Change Team is available to assist with all ongoing efforts related to U.S. EPA’s GHG regulations.