If you are someone that likes scary stories, then I have just such a story for you. Our frightful tale begins on September 13, 2004 when U.S. EPA promulgated National Emission Standards for Hazardous Air Pollutants (NESHAP) for new and existing boilers and process heaters located at major sources of hazardous air pollutants (Boiler MACT). Major facilities across the nation spent untold dollars and man-hours conducting emissions testing to understand how their boilers and process heaters fared against the Boiler MACT standards; developing compliance strategies and fuel sampling plans; and optimizing boiler operations and control devices. And just when all of the finishing touches were being put into place, the United States Court of Appeals for the District of Columbia Circuit (the Court) vacated and remanded the Boiler MACT standard on June 19, 2007 – less than three (3) months before the compliance date. All of the preparations had been for naught. The nation exhaled a collective sigh of relief and got back to work. The monster had been defeated, or so they thought.

Many years happily went by, and just when the Boiler MACT had become a faded memory, on March 21, 2011, the Boiler MACT rose again! This time, the Boiler MACT was bigger, and meaner, and stronger than ever, and the regulated community was stricken with horror by what they saw. How did the rule grow to be so strong? How did it evolve into such a monster? What can we do to meet these impossible emission standards? Will it kill us all? Panic ensued, and just when it seemed that all hope was lost, on May 18, 2011, U.S. EPA issued a stay on the effective date of the Boiler MACT, telling the regulated community that it was going to reconsider certain provisions of the rule that had not undergone public comment. And so, the monster slept once again, and facilities everywhere continue to watch and wait for it rise again.

U.S. EPA was anticipated to unveil its latest incarnation of the major source Boiler MACT at the end of October 2011 when it would publish yet another draft version of the rule; however, that timeline was recently extended until the end of November. Will the rule be 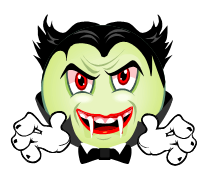 as fearsome as it was in March, or will U.S. EPA trim its claws and file its fangs? Will current legislative efforts to disable the beast be successful? Let’s hope that the rule’s previously proposed Halloween unveiling isn’t a foreshadowing of the horror to come. In the meantime, you might want to buy some garlic and holy water, sharpen some wooden stakes, or perhaps purchase silver bullets for your firearms. Happy Halloween!