In the more than 200 air quality modeling analyses that ALL4 meteorologists have conducted, demonstrating compliance with the annual nitrogen dioxide (NO2) National Ambient Air Quality Standard (NAAQS) of 53 parts per billion (ppbv) has rarely been an issue.  The relative ease for demonstrating compliance with the annual NO2 NAAQS is due to two (2) factors.  First, the NAAQS for NO2 is an annual standard and thus any adverse dispersion that could occur based on “worst-case” meteorological conditions in dispersion modeling is averaged over the course of a year, minimizing its effect.  Second, U.S. EPA recommends the use of scaling factors to adjust the modeled concentrations of oxides of nitrogen (NOx) to reflect the fact that NOx is converted to NO2 after being emitted from the source.  This adjustment results in a reduction of the modeled annual concentrations.  U.S. EPA has elected to retain the existing annual NO2 NAAQS of 53 ppbv. 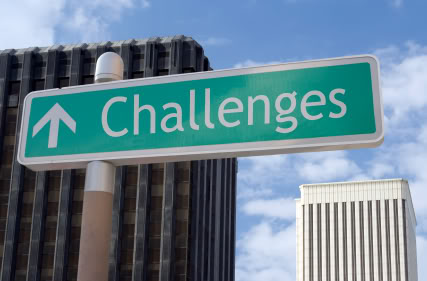 On January 25, 2010, U.S. EPA announced the promulgation of a new 1-hour NAAQS for NO2 of 100 ppbv.  ALL4 believes that it will now be more difficult for sources to demonstrate compliance with the NO2 NAAQS using air quality dispersion modeling when required as part of any New Source Review (NSR) air permitting effort.  More specifically, a short-term (e.g., 1-hour) standard does not provide the benefit of averaging worst-case dispersion conditions and elevated modeled concentrations (due to a combination of either building aerodynamic downwash or adverse meteorological conditions) over a long period.  Based on ALL4’s air quality dispersion modeling experience with sulfur dioxide (SO2) (which already has both long-term and short-term standards), ALL4 has observed that demonstrating compliance with the SO2 NAAQS often hinges on compliance with the short-term (3-hour) standard rather than the annual standard.  Based on this experience with SO2, we believe that it will be more difficult for sources to demonstrate compliance with the new 1-hour NO2 NAAQS than with the existing 3-hour SO2 NAAQS due to the extremely low promulgated NO2 NAAQS standard.  With the promulgation of the 1-hour NO2 NAAQS, facilities may be well served to perform exploratory air quality modeling analyses to evaluate compliance with the new NO2 NAAQS.