More Changes Ahead for the Greenhouse Gas Reporting Rule

U.S. EPA continues to work on the Mandatory Greenhouse Gas (GHG) Reporting Rule (MRR) that was codified at 40 CFR Part 98 on October 30, 2009 (74 FR 56260). So far this work has included proposed new source categories and proposed amendments to the general provisions of the original MRR that will impact sources that are required to report their 2010 GHG emissions by March 31, 2011.

On March 23, 2010, U.S. EPA announced that it was proposing to add GHG emissions data reporting requirements for the oil and natural gas sector, industries that emit fluorinated gases, and from facilities that inject and store carbon dioxide (CO2) underground for the purposes of geologic sequestration or enhanced oil and gas recovery. If finalized before the end of this year as expected, these new source categories will be required to begin reporting their 2011 GHG emissions in March 2012. U.S. EPA is also expected to propose adding GHG emissions data reporting requirements for industrial landfills, wastewater treatment, underground coal mines, and magnesium production in the near future.

1. The name and address of U.S. parent companies and their percentage ownership.
2. Primary and any other applicable NAICS codes.
3. Whether reported emissions include emissions from a cogeneration unit (yes or no).

U.S. EPA expects to finalize these amendments before the end of the year, thus requiring reporters to include the additional information when reporting their 2010 GHG emissions.

These proposed additions and amendments were published in the Federal Register on April 12, 2010, and U.S. EPA will be accepting comments on the proposals until June 11, 2010. 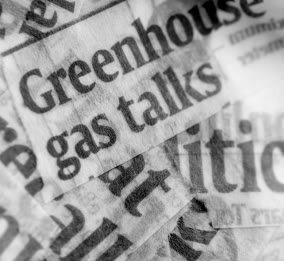 With regard to the proposed amendments to the general provisions, U.S. EPA notes that parent company information and NAICS codes are already required in other reporting programs, such as the Toxics Release Inventory (TRI) under the Emergency Planning and Community Right-to-Know Act (EPCRA). U.S. EPA says that this information is needed to inform implementation of Clean Air Act (CAA) strategies and requirements, and to improve development of air pollution emission inventories. In addition, U.S. EPA wants to be able to identify situations where a facility’s on-site GHG emissions are increased by utilizing cogeneration units, which are actually providing net reductions of GHG emissions when compared to separate power and heat generation. U.S. EPA cites the legal authority for the MRR and these proposed amendments as Section 114 of the CAA, which provides broad authority to mandate reporting of information. Finally, the addition of these items to the annual reports required by the MRR does not appear controversial and is not significantly burdensome for reporters.

For all the reasons stated above, the proposed amendments to the general provisions of the MRR which add information to be reported are likely to be quickly finalized once the comment period has ended.