U.S. EPA has once again ventured into new, and this time somewhat troubling, territory. Lisa Jackson, U.S. EPA Administrator and previous official with the State of New Jersey, has proposed to grant a petition filed by the State of New Jersey to require an existing facility in the Commonwealth of Pennsylvania to significantly reduce its emissions of sulfur dioxide (SO2). This action is being taken under an infrequently used provision of the Clean Air Act (CAA), referred to as a Section 126 Petition. This particular action will be the first implementation of the brand new SO2 National Ambient Air Quality Standard (NAAQS) on an existing facility that is not otherwise subject to an air quality permitting action. This is troubling because the action being proposed would be well in advance of the normal process detailed in Section 110 of the CAA for implementing new NAAQS. This action will be well before Pennsylvania is required to develop its State Implementation Plan (SIP) for SO2 attainment and to submit that SIP to U.S. EPA. 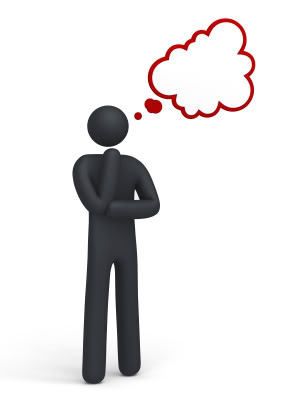 I do not pretend to be a lawyer, and therefore I will not speculate on the legality of this action, but I do know what is fair. Using Section 126 of the CAA to trump, and short circuit, the normal process under Section 110 for implementing a new NAAQS is problematic for a number of reasons. At a minimum this makes Pennsylvania look negligent because New Jersey had to petition U.S. EPA for action. For the facility, this means a much shorter timeframe for compliance which typically results in imposition of significant costly interim emission reductions. This also opens the door for any state, and even more importantly any political subdivision (which is also provided for under Section 126), to bring its own petition against a company in another state. Certainly in the past, Section 126 Petitions were used where interstate air quality issues were not being addressed by a State in its SIP. This proposed action radically moves the needle from a CAA provision intended to be a measure to address inadequacies in the normal planning process, to a measure that can be used to push other agendas. Businesses already have a high degree of uncertainty from new regulatory requirements, but this one is a real game changer. The significance of the precedence that this proposed action may set is being closely followed by a number of different parties.

Slade’s Corner is a new regular column appearing in ALL4’s 4 The Record. John Slade is a Sr. Consultant with ALL4 and spent many years as a regulator with the Pennsylvania Department of Environmental Protection (PADEP), including nearly 14 years as Chief of the Division of Air Quality Permitting. Want to reach John or suggest an upcoming topic for Slade’s Corner? Contact John atjslade@all4inc.com or 717.822.0009. Slade’s Corner is an opinion-based column, and its content does not necessarily represent the opinion of ALL4 as a whole.

Note from the author: This article is based on my candid opinions as of the date it was written and I reserve the right to change my mind as information evolves!