In Case You Forgot: Boiler MACT, CISWI, and NHSM Recap

In anticipation of the Boiler MACT, Commercial and Industrial Solid Waste Incineration (CISWI), and Non-hazardous Secondary Materials (NHSM) rules being finalized (we suspect after the upcoming elections), it felt like a good time to provide a recap of what’s happened since the rules were finalized in March 2011.  Here’s the timeline: 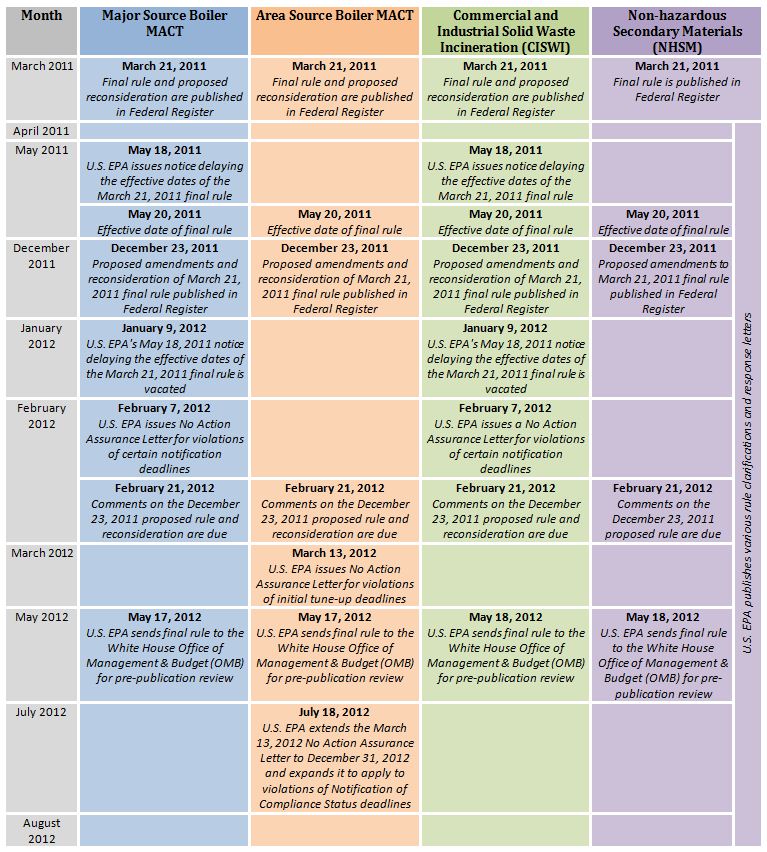 While we’ve only covered the more recent history here, these rules have been in the works for nearly 10 years, since 2003.  But that doesn’t mean they can be ignored – quite the opposite.  With the elections next week, it’s only a matter of time before we’ll have final rules to comply with.  Will their story end there?  Probably not.  But your facility’s compliance strategy should be in place so that you can take action when the rules are finalized.