In the first settlement secured by the Federal government in its enforcement of the Clean Air Act (CCA) at Portland cement plants, St. Marys Cement Inc. and St. Barbara Cement Inc. have agreed to terms in a Consent Decree for alleged violations at their Dixon, Illinois facility. The Consent Decree includes penalty terms ($800,000 plus interest), additional NOx control requirements install/operate selective non-catalytic reduction (SNCR) on three (3) kilns), terms for the shutdown of a fourth kiln, terms for the possible installation of a new kiln, and restrictions on the use of NOx reductions related to the shutdown. The alleged violation initially occurred while the facility was under its previous ownership and was related to a change in the fuel mixture used in the kilns.  The complaint states that the change in fuel mixture constituted a physical change or a change in the method of operation of the kilns and was a major modification to the facility. The complaint also 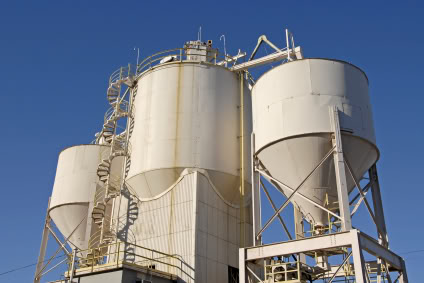 states that the major modification resulted in a significant net emissions increase of NOx from the facility and was a violation of the Prevention of Significant Deterioration (PSD) regulations.  Even though the alleged violation initially occurred under the previous ownership, the current owners continued the alleged violation and the current owners assumed the liabilities of the previous ownership as a result of the terms of the facility acquisition.