Now that you are busy entering your data for the 2010 Greenhouse Gas (GHG) Emissions Inventory Report into U.S. EPA’s Electronic Greenhouse Gas Reporting Tool (e-GGRT), you may become puzzled because e-GGRT is requiring you to enter information that you believe is confidential business information (CBI) and you understood that reporting of that information had been deferred by U.S. EPA. You’re not alone. When it comes to e-GGRT and CBI, it is easy to get confused. Here’s why.

In recent months U.S. EPA took several different actions related to CBI and how it is treated for submitting data under the requirements of 40 CFR Part 98 (the GHG Reporting Rule). In two (2) separate rules published on December 27, 2010 and August 25, 2011, U.S. EPA deferred the reporting deadline for data elements that are used by reporters as inputs to GHG emission calculation equations under the GHG Reporting Rule. The deadline for reporting some of these data elements is now deferred to March 31, 2013 and the deadline for reporting others is deferred to March 31, 2015. Examples of these deferred data elements include the quantity and types of fuels combusted and the quantities and types of process material throughputs that are used to calculate GHG emissions. e-GGRT has been designed to reflect the reporting deferral rules and does not currently collect the inputs to emission equations that are deferred.

So that’s clear. But if you are reporting GHG emissions from a production process, e-GGRT may be requiring you to enter data on the types and quantities of products you produced from each emission unit at your facility during the reporting period. So you ask, “Isn’t that information CBI too?” The short answer is that it could be.

In another rule published on May 26, 2011, U.S. EPA issued its determinations of which data submitted in e-GGRT (other than inputs to equations) will be treated as CBI and which data elements can be released to the public. This final rule made CBI determinations for data categories such as “production throughput data that are not inputs to emission equations” and “unit/process operating characteristics that are not inputs to emission equations.” For data reported in e-GGRT that is determined to be CBI 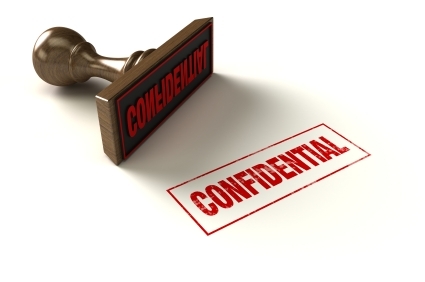 by the May 26, 2011 rule, e-GGRT is to treat the information as CBI and U.S. EPA is not supposed to release it to the public. The e-GGRT system does not contain any information on the data entry screens as to whether a particular data element has been determined to be CBI. The only way to know is to refer to the list on U.S. EPA’s website. Unlike other CBI that we are used to submitting to U.S. EPA, GHG reporters cannot make a CBI claim to accompany the information being submitted in the e-GGRT system.