On May 13, 2010, U.S. EPA issued the final rule known as the Prevention of Significant Deterioration (PSD) and Title V Greenhouse Gas (GHG) Tailoring Rule (a.k.a. the GHG Tailoring Rule). It was subsequently published in the Federal Register on June 3, 2010 (75 FR 31514) and will become effective on August 2, 2010. The GHG Tailoring Rule sets the timing and establishes thresholds for addressing GHG emissions from stationary sources under the Clean Air Act (CAA) permitting programs.

In a related action, on April 1, 2010, U.S. EPA finalized the light duty vehicle rule controlling GHG emissions, establishing GHG standards for these vehicles and thus making GHGs “subject to regulation” and triggering CAA permitting requirements for GHGs from stationary sources effective January 2, 2011. The CAA permitting program emission thresholds for criteria pollutants (e.g., lead, sulfur dioxide, and nitrogen dioxide) are 100 and 250 tons per year (tpy). However, these thresholds are not realistic for GHGs which are emitted by numerous sources in much greater quantities, and at these levels tens of thousands of additional PSD permits and millions of additional Title V permits would be required. The PSD and Title V GHG Tailoring Rule “tailors” the existing requirements of the PSD and Title V Operating Permit programs to limit which facilities will be required to obtain PSD and Title V permits related to GHG emissions.

The new CAA permitting requirements established by the PSD and Title V GHG Tailoring Rule will be implemented in two initial steps which are generally described as follows:

– Step 1 (January 2, 2011 to June 30, 2011)
Only sources currently subject to the PSD program will be subject to permitting program requirements for GHG emissions under PSD, and only if the projects being permitted increase GHG emissions by 75,000 tpy or more on a carbon dioxide equivalent (CO2e) basis. Similarly, only sources currently subject to the Title V Operating Permit program for pollutants other than GHG will become subject to Title V requirements for GHGs.

– Step 2 (July 1, 2011 to June 30, 2013)
Sources with new construction projects that emit GHGs at levels of 100,000 tpy or more, regardless of whether they exceed permitting thresholds for other pollutants, will be subject to PSD requirements. Modifications at existing facilities that increase GHG emissions by at least 75,000 tpy, regardless of other pollutants, will also be covered. Facilities that emit at least 100,000 tpy CO2e will become subject to Title V requirements even if they would not apply based on other regulated pollutants. 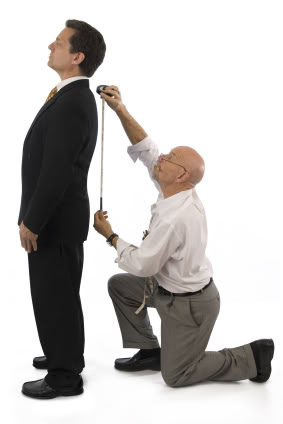 More GHG regulation on the way

In this final rule U.S. EPA also commits to undertake a rulemaking beginning in 2011 and concluding no later than July 1, 2012 to consider and possibly establish additional PSD and Title V GHG permitting requirements for smaller sources.

The PSD and Title V GHG Tailoring Rule will impact the development of air permitting strategies and the preparation of related applications for a wide range of industries and facilities. For example, even applications for projects that do not trigger the new GHG requirements will need to demonstrate that the thresholds are not exceeded. The ALL4 Climate Change Team is analyzing the new final rule to get a detailed understanding of the impacts on future (and possibly current) permitting actions and to develop a plan to incorporate the new GHG requirements as we assist clients with facility plans and permit applications. Stay tuned for more in-depth updates over the coming weeks in ALL4’s 4 The Record and 4 The Record Extra.