Electric-Car Battery Manufacturing Plants and Recyclers: What’s in Store for the U.S. 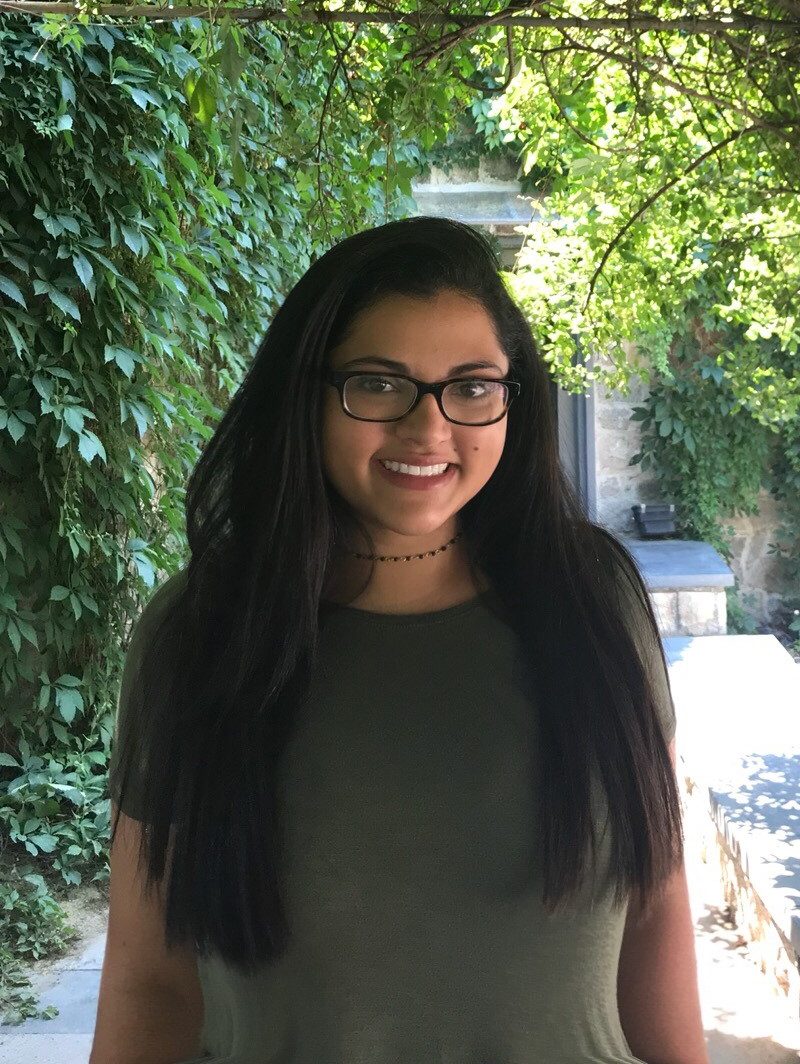 The Federal Consortium for Advanced Batteries (FCAB), led by the United States (U.S.) Departments of Energy, Defense, Commerce, and State, published the NATIONAL BLUEPRINT FOR LITHIUM BATTERIES 2021–2030 in June of 2021. Just a few months later, Ford and then Toyota announced plans for electric car battery facilities in North Carolina, Kentucky, and Tennessee. These projects not only have the potential to bring jobs and economic development to these states, but also promotes the shift to electric cars in the US. However, manufacturing lithium batteries on such a large scale comes with environmental compliance challenges as well. This article explores the environmental and permitting opportunities and obstacles for the lithium-ion battery manufacturing and waste management industries.

As with battery manufacturing facilities, the fall of 2021 saw the announcement of several U.S. lithium-ion battery recycling facilities intended to facilitate the safe and efficient management of End of Life (EOL) lithium-ion batteries. In October 2021, Retriev Technologies, Inc., Heritage Group, and the California-based Kinsbursky Brothers International announced a partnership to recycle EOL lithium-ion batteries with battery recycling and sorting at already permitted and operating facilities located in Lancaster, OH; Baltimore, OH; and Trail, British Columbia. Other partnerships have also been announced including partnerships between Battery Resourcers, with backing from Jaguar Land Rover’s InMotion Ventures, and Honda; Ford’s investment in Redwood Materials to create a closed-loop domestic battery recycling system, and a joint venture between General Motors and LG Chem in partnership with Li-Cycle to recycle waste materials from battery production.

In an effort to help the environment, electric cars have gained a lot of popularity over the past decade as an alternative to gasoline-combusting vehicles. However, electric cars are not faultless, and the production of the lithium-ion batteries used for electric cars is not a perfectly “green” process.

As lithium-ion battery production rapidly has increased over the past decade, so has the mining, extraction, and processing of the raw materials necessary for battery manufacture. Mining activities generally produce emissions from particulate matter and air pollutants from fossil fuel combustion such as greenhouse gases (GHG) and nitrogen oxide. Similarly, cobalt is heavily mined to produce lithium batteries. Cobalt mining is not environmentally friendly industry, relying heavily on manual labor which can lead to heavy cobalt exposure to not only humans but to animals and the environment as well. On top of that, cobalt smelting can lead to high emissions of sulfur oxides.[1]

Electric cars use lithium-ion batteries, made possible with lithium cobalt oxide (LiCoO2). The lithium ions in the compound are easily extracted and paired with graphite. The lithium ions travel through the separator to the positive anode and negative cathode leading to free electrons to power the device. To manufacture these batteries, raw materials are first mixed to create the electrode. These raw materials include metals like iron, nickel, and cobalt, as well as graphite, lithium, and manganese. Once mixed, the electrode material is coated onto copper and aluminum foil sheets. Next, the separator and electrode are joined together to create the cell. Electrolytes are introduced into the cell and are activated through the charge and discharge in the manufacturing process[2]. Lastly, lightweight metal casings and cooling systems are combined with the battery cells to create the battery pack that will go into the vehicle.

Overall, the main steps in battery production are: (1) production of lithium-ion batteries/electrodes, (2) cell manufacture, and (3) assembly of multiple cells into a battery pack. Pack assembly is generally less complex and energy-intensive than cell manufacture. Often, the packs are assembled by the automobile manufactures themselves.

Electric car manufacturing and assembly is very similar to regular internal combustion engine vehicle (ICEV) manufacturing, except for components related to energy storage, propulsion, and braking. Most existing automobile assembly plants can already be used to make the chassis for electric vehicles. However, before that can occur, the batteries must be produced. Overall, it has been found that battery electric vehicle (BEV) technologies require more energy and electricity that ICEVs. When comparing BEVs and ICEVs, emissions of GHG, nitrogen oxides (NOx), sulfur dioxide (SO2), and particulate matter (PM) from BEV production is almost double compared to the emissions from ICEV production. This is largely due to the high energy demands required for battery production.

EOL lithium-ion batteries are already being recycled. The methods and techniques used to recycle and recover the economic value associated with the component parts of EOL lithium-ion batteries has not changed significantly over the last 20 years; however, the development of new processes and efficiencies of existing processes with the increased demand. Historically, the process was relatively simple, involving three basic steps: (1) shredding, (2) separation, and (3) chemical reaction/oxidation. Step 3 commonly utilizes either pyrometallurgical or hydrometallurgical processes, which usually involve leaching, separation, extraction, and chemical/electrochemical precipitation.

One of the big questions that remains for many potential EOL lithium-ion battery recycling plants is where to locate the plant.  The uneven regulatory landscape that exists between the different states, and even local and regional environmental requirements, makes it difficult for these companies to navigate a clear path. The pathway becomes even more complicated with concerns related to environmental justice and toxic emissions, nuisance odors, increased traffic, and fire/life safety concerns.

The potential short term and long-term impacts of EOL lithium-ion battery recycling and management regulations must be evaluated and considered with a multifaceted lens to ensure that no issue is overlooked.

Environmental Permitting for Manufacturers and Recyclers

In terms of environmental permitting, new manufacturing plants could face multiple regulations. On a federal level, 40 CFR 461 subpart E lists New Source Performance Standards for lithium-Ion battery production. This regulation limits the discharge of metal pollutants, such as chromium, lead, and iron, into wastewater systems. It also contains pretreatment standards for the facility’s wastewater. Proposed facilities will need to carefully sample and limit discharges from the wastewater treatment system. Aside from lithium battery manufacturing, federal regulation 49 CFR 173.185 regarding the transportation of lithium batteries would be applicable. If these facilities are manufacturing batteries and sending them to another plant to be installed into vehicles, they may face several testing requirements.

In addition to federal requirements, the proposed plants will be subject to local regulations regarding combustion equipment and major source classification permits. As mentioned, lithium-ion battery manufacturing requires the use of combustion equipment. This equipment is regulated on a local and federal level because they produce GHG emissions and criteria pollutant emissions, depending on the fuel type. Lastly, if these facilities are classified as major sources, they must meet the monitoring, recordkeeping, and reporting requirements for major sources, which can be extensive.

Although EOL lithium-ion battery recycling is already occurring in the US and internationally, anticipating the immediate and growing need for the safe and effective management of EOL lithium-ion batteries, state and federal agencies are evaluating how this rapidly evolving industry will be regulated moving forward. California as an example has established a Lithium-ion Car Battery Advisory Group focused on barriers, opportunities, existing conditions, and potential policy options to generate a final report with policy recommendations. The draft report was issued in December 2021 with a final report expected in March 2022.

The Advisory Group heard from numerous experts from industry, academia, and government agencies to develop policy recommendations specific to key processes for EOL lithium-ion batteries including recycling, reuse and repurposing, and logistics.

The initial draft report includes a final list of proposed policies. How these policies will look after review and discussion by the California legislature, and what impact the policies will have on those adopted at the federal level and by other states, is yet to be determined.  In the end, the policies are expected to foster the management of EOL lithium-ion batteries in a way that efficiently and effectively maximizes the reuse and recycling of the batteries in a cost-effective manner.

The proposed battery manufacturing plants have the potential to bring economic and environmental change to the US; however, successfully permitting these facilities will not be an easy or quick process. As society begins to shift towards electric vehicles, we cannot forget the environmental impacts of manufacturing and recycling them. Environmental permitting is crucial for projects like these; otherwise, we would be trading environmental problems instead of finding solutions for them.

Our consultants understand the environmental requirements for projects like this, and they are happy to share that expertise. Please reach out to me at 502-509-7999 or pbarreto@all4inc.com or to Bruce Armbruster at 909-477-7103 or barmbruster@all4inc.com if you have questions regarding the permitting process for battery recycling facilities and how the requirements may impact your project.