The Title III provisions of the draft bill are apparently based on the recommendations of the U.S. Climate Action Partnership (USCAP) and establish a market-based program to reduce GHG emissions from industrial and electric utility sources that account for 85% of domestic GHG emissions.  Entities emitting more than 25,000 tons per year of CO2 equivalent (CO2e) would be subject to the allowance program.  However, sources that emit 10,000 tons per year CO2e will only be required to report emissions.  The market-based program would require regulated entities to possess allowances for each ton of their GHG emissions.  The available allowances would decline over time, resulting in aggregate GHG emission reductions.  The allowance program would establish 2005 as the baseline year, against which required aggregate GHG reductions would be measured.

Finally, Title III of the draft includes a provision specifying that CO2 and other GHGs 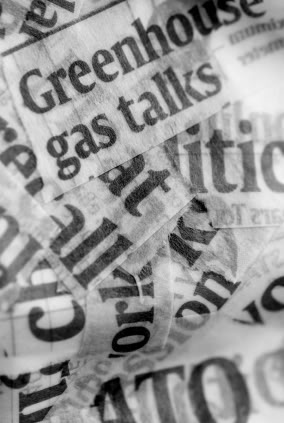 would not be regulated as criteria air pollutants or hazardous air pollutants and that New Source Review (NSR) would not apply to GHG emissions (note that only Part C of title I is exempted and not the non-attainment Part D NSR permitting requirements). GHG emissions would be defined as “…carbon dioxide, methane, nitrous oxide, sulfur hexafluoride, hydrofluorocarbons emitted as a byproduct, perfluorocarbons, nitrogen trifluoride (which is a newly listed GHG), and any other anthropogenic designated as a GHG by the administrator.”