Back to the Future – Proposed Revocation of NSR Aggregation Amendments

In response to a January 30, 2009 petition from the Natural Resources Defense Council (NRDC), U.S. EPA is soliciting comments regarding several aspects of the “New Source Review (NSR) Aggregation Amendments” that were promulgated on January 15, 2009. The NSR Aggregation Amendments were intended to provide clarity regarding when un-related modifications at major sources are evaluated during the NSR applicability determination process. U.S. EPA’s preferred option is to revoke the January 30, 2009 final rule and to restore the past policy for making case-by-case aggregation determinations. As part of the proposal, U.S. EPA is also requesting a six-month extension of the effective date of the NSR Aggregation Amendments until November 18, 2010 to allow a reasonable period of time to complete the reconsideration. 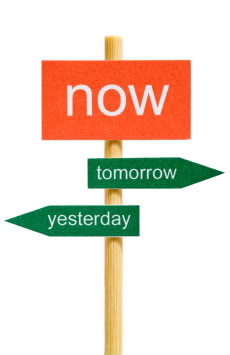 NSR applicability is determined via a two-step process. How projects are grouped during Step 1 of the process is referred to as aggregation. The issue of aggregation became a concern early in the history of the NSR rules by sources attempting to circumvent NSR rule applicability by splitting projects into smaller pieces that when considered alone (i.e., during Step 1), would not trigger NSR. Through a series of interpretative memoranda, guidance, and precedence over two decades, U.S. EPA developed their case-by-case approach to aggregation. The January 15, 2009 NSR Aggregation Amendments attempted to capture the essence of the case-by-case aggregation policy, requiring sources to combine emissions from projects only when the projects are “substantially related” to determine if a significant emissions increase would occur. However, upon further consideration following the NRDC challenge, U.S. EPA agreed that the “substantially related” interpretation would “exclude meanings that fit within a reasonable understanding of the ordinary meaning of “any physical change,” the interpretation in the NSR Aggregation Amendments would impermissibly narrow the scope of CAA section 111(a)(4).” This position is reflected in U.S. EPA’s preferred option to revoke the 2009 NSR Aggregation Amendments and revert to the previous case-by-case aggregation policy.