Home / Insights / Articles / ALL4’s: Is That Your Final Answer?

ALL4’s: Is That Your Final Answer?

If you knew, as Steve Riner did, that June 29th is the date that the summer sunset starts to occur earlier and that on December 9th the winter sunset starts to happen later, you could have won last month’s “Is That Your Final Answer” quiz.  When on July 22nd, Bill Straub was alerted to fact that there was an extra week before the onset of earlier sunsets his mood was noticeably improved.  Now if only we could cure his melancholy following a bad golf outing or a Penn State football loss.  Thanks to everyone who participated in the quiz this month. 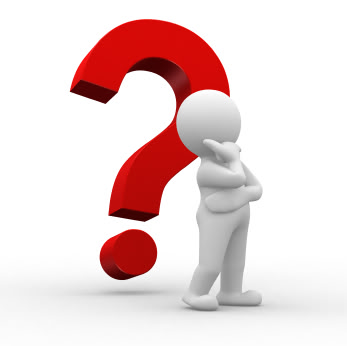 The August “Is That Your Final Answer” question involves the distributive property in mathematics that you learned in grade school and a physical trait shared by a few of our ALL4 employees.  With the latest round of new engineers and scientists that have begun working at ALL4, the designation of tallest employee is now up for grabs.  Historically, John Egan has been the tallest, but two years ago Glenn Watson reigned tallest.  With engineers Tom Saylor and Rob Orange recently starting, the title will require official measurement and this fact, along with the distributive property of mathematics, comprise the two factors in this month’s question.  If a steel band was tightly wrapped around the equator of the earth’s surface (approximately 24,900 miles), how much additional length would need to be added to the band such that the band would be loose enough for any of our ALL4 employees, even the 6′ 5” ones, to walk under the band everywhere along the equator?

Please e-mail your answer to final.answer@all4inc.com.  Include in the e-mail your name, answer, and address (to receive your prize).

The final answer feature of 4 The Record is designed to test your knowledge across the environmental field, quiz you on the building blocks of air quality rules, stump you on ALL4 general trivia, and challenge you with brain teasers that have perplexed us.  The first correct answer e-mailed to us will qualify the respondent for free ALL4 gear and will enter the winner in our end-of-the year “Final Answer Championship.”  The subsequent month’s 4 The Record will identify the winner and the correct answer from the previous month’s question.  You must be an active subscriber of 4 The Record to win a monthly prize and be eligible for the championship prize.  ALL4 employees and family members are not eligible to compete.  Hope you enjoy this feature and good luck!