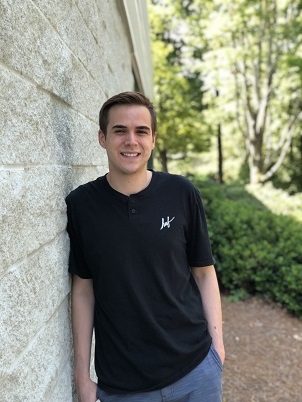 I joined ALL4 in July 2018 after graduating from Texas A&M University with a degree in Chemical Engineering. During my time at ALL4 I have worked on a variety of projects including: Title V Renewal Applications, Prevention of Significant Deterioration, Toxic Impact Analysis, Construction Permits, and Best Available Control Technology analysis.  I have also been involved on Air Quality Modeling projects and routine annual and semi-annual reports.

Get to know Alec

Beside the common ones like “Big Al” the only other one was my parents calling me “Hammy” since when I was a baby they thought I looked pink like a ham.

I really wanted to be a chef in a kitchen, I had really been into cooking for most of my life, but once I realized I would have to be on my feet 8+ hours a day that idea changed.

All the people who I’ve met here have been so genuine and nice. You can tell they really care about you as a person.

One year I really wanted to get the candy, but didn’t buy a costume. I ended up taping some monopoly money to a bag and claimed to be a money bags.

I don’t think I’ve met anyone famous in my life. Although after living in Dallas for my whole life its possible I met one of the Dallas Cowboys and didn’t even realize it.

I can make a pretty mean batch of chocolate chip cookies.

As being someone, who people can depend on to get the job done on time and up to standard.

My computer, a good pillow, and a fan.

Every person that I talked to really seemed to love their job and what they were doing. Seeing that passion from everyone was something special and something I hadn’t seen at any other company.